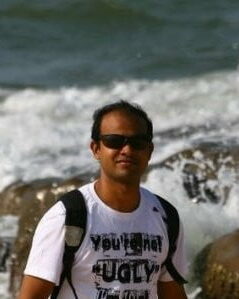 In the age of the information economy, there are several barriers for citizens and members from the legal fraternity in accessing statutory and case laws. While government departments and courts publish laws and judgments on their respective websites, they are not user-friendly. Their interfaces replicate the library world by requiring searching for judgments by petitioner, respondent, case number. While lawyers are often accustomed to using these interfaces and terms, it acts as a huge barrier to common people. ‘Captchas’, further restrict accessibility to visually impaired citizens.

As a result, only extremely savvy citizens or legal professionals/ universities that have access to proprietary and expensive services like SCC Online and Manupatra are able to access reliable reproductions of statutory and case laws.

Launched in 2008,  IndianKanoon is a free ‘search engine’ for Indian law. It provides access to all publicly available judgments from the Supreme Court of India, 24 High Courts, 2 District Courts, 20 Tribunals, and Cause List data from 150+ district courts and 11 High Courts. It also has Constituent Assembly Debates, Law Commission Reports, and Lok Sabha Debates. Most of this data is updated everyday on the website.

The key relevance of the platform is its simplicity and relevance to the user. A simple and effective search engine allows users to use terms familiar to them for search and find results. It also interlinks case laws and judgments.

Sushant Sinha, the founder of IndianKanoon, began developing the platform fuelled by his curiosity about publicly available law data. He began the initiative while still finishing his doctorate degree in Computer Science at the University of Michigan.

IndianKanoon is acting as a disruptive force to proprietary models of information and data in the legal industry. It runs its servers mostly on free and open source software and has contributed much to the development of the software. The growth of the website has been organic, primarily through word of mouth channels.